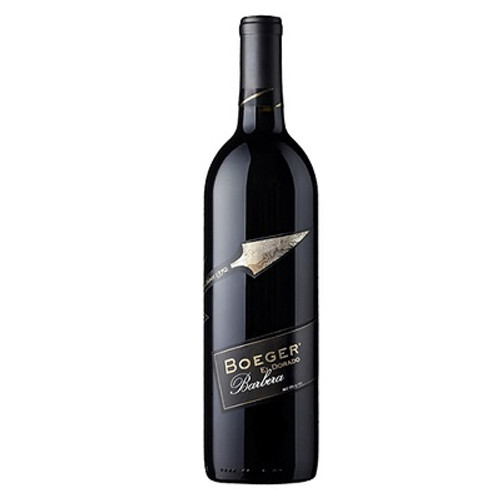 Pedigree: The Boeger Winery estate was homesteaded during the 1949 Gold Rush. It soon became obvious that selling goods and services to the miners was more lucrative than mining. The land was redeployed as a fruit and nut farm and later, a winery and distillery as well. Wine was made from Mission grapes and an early clone of Zinfandel, a small block of which still remains, producing wine to this very day. Prohibition saw the closing of all the wineries in the county.
In 1972 Greg and Sue Boeger saw this magical place and made it their home. The Boeger Winery then became the first post-Prohibition winery iin the El Dorado American Viticultural Area (AVA). Greg was no newcomer to winemaking. His grandfather, Anton Nichelini, founded the Nichelini Winery in Napa in 1890. Greg spent a good portion of his youth at Nichelini honing his winemaking skills.
Greg became a pioneer in his own right, experimenting with lesser-known varieties such as Barbera, Carignane, Refosco, Charbono and Aglianico, just to name a few of the more than 30 varieties the winery grows. Barbera emerged as the winery's magical gift early on and has since garnered hundreds of awards under the Boeger label. Today, Boeger Barbera is arguably the most famous Californian Barbera.
Greg Boeger was awarded the Wine Lifetime Achievement Award in 2018 by the California State Fair, joining the ranks of other California greats such as Robert Mondavi, Jerry Lohr, Bob Gallo, and University of California, Davis.

Terroir: Much of the land is at an altitude of between 2,000 and 3,000 feet, providing some coolness, larger diurnal temperature variations and a longer growing season. These factors enhance the freshness and charm that are the hallmark of Boeger wines.

Winemaking: Grapes are harvested by hand. Harvesting takes place from mid September to mid October. Handling is geared towards eliciting the subtle nuances of variety and site from the grapes. The wine is aged for 12 to 14 months in primarily neutral French and second fill American barrels.

Tasting Notes:
Color: Medium ruby garnet all the way to the rim with tears suggesting a satisfying viscosity.
Nose: The nose brims with bright red fruits - cherries and red currants. This is underlain by savory notes of dried leaves, rose petals and rosemary.
Palate: The characteristics on the nose carry forward into the wine. Plush and full throughout with velvety tannins and saline acidity, supporting the elegant finish. These characteristics allow the wine to work very well with a large range of dishes.
Alcohol is 14.8%.
Serving Temperature: 60° F - 62° F